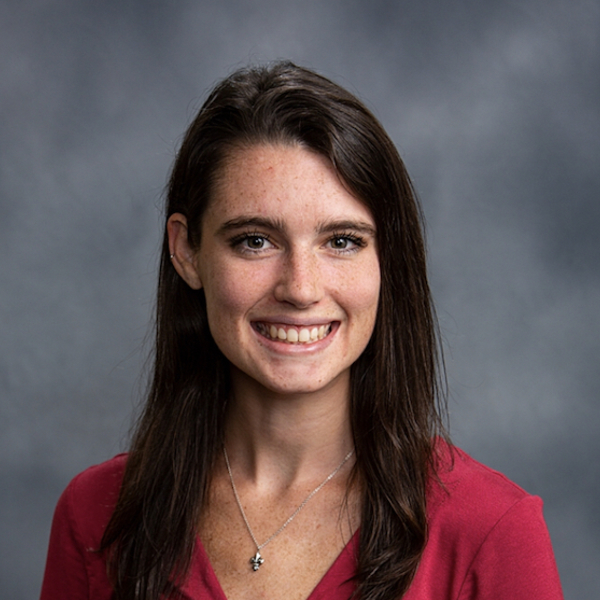 Originally from Naples, Florida, Lindsay earned her B.A. in French (with Honors) and Spanish from Florida State University in 2019. While a student at Florida State, Lindsay was the recipient of the Winthrop-King Undergraduate Summer 2018 Scholarship in French, funds which enabled her to study the French language intensively at the Institut Catholique de Paris for a summer semester. As an Honors Medallion recipient, Lindsay completed and defended a senior thesis in April of 2019, which identified and examined lexical lacunae (semantical gaps) found when comparing two 20th century English translations of Indiana by George Sand. Her current research centers around the realist and naturalist movements in 19th century French art and literature, with a focus on works produced by Emile Zola.

She is interested in literary and photographic depictions of macabre spectacle at the Morgue, the fantastical and its portrayal in the visual landscape, moral depravity, vice and women’s studies, specifically motherhood and the perversion of femininity. Additionally, she is now exploring the voyeuristic nature expressed through realism’s mark on early photography depicting the ‘dégoûtant’: post-mortem photographs, pornography, etc. Using this rich visual spectacle, she seeks to not only discover what ethical implications come with “just looking”, but also identify the unique shift in the temporal nature of death. ‘Capture’, whether it be textual, photographic, or even cinematic, changes the ontology of the final moments of one’s existence, which subsequently represents a rupture between ‘real’, death, and ‘created’, art. This ultimately constitutes her fascination with the plurality of naturalism as a literary movement: a representation of scientific and sociological "reality" through art and literature.

With regards to independent projects, Lindsay recently presented a conference paper on gendered representations of gluttony and how they elicit distinct emotional responses on the part of the reader, disgust and pity, in Emile Zola’s L’Assommoir at the University of Arizona’s Graduate Conference in French. While a student at Notre Dame, she is also gaining invaluable experience as a Teaching Assistant of French. Upon the completion of her Master’s, Lindsay plans to further her education in French and Francophone studies at the doctoral level, to eventually work in academia as a professor of French literature.