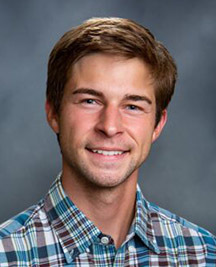 Lane Haskell graduated from the University of Notre Dame in 2018 with a BA in Spanish and political science, completing the honors track for the Spanish major. While at Notre Dame, Lane sought many opportunities to pursue his passion for Spanish language and cultures outside of the classroom. He volunteered with programs through La Casa de Amistad for three years; first he tutored middle and high school students in La Casa's Adelante program and then taught English as part of La Casa's ENL program. Additionally, Lane was a dedicated member of Notre Dame's Spanish Club for four years and served as its vice president for two years. He and other club leaders oversaw an overhaul of the club that increased participation and developed new activities, such as an annual salsa lesson and sponsoring a club excursion to Lin Manuel Miranda's In the Heights. Finally, he supplemented his studies by studying abroad for a semester in Santiago, Chile. Lane's academic interests include studying manifestations of political and legal discourse in literature.