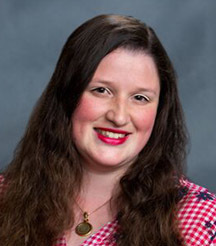 Fabielle Cruz holds a degree in Portuguese, English, and Literatures from the Pontifical Catholic University of Paraná, where she was awarded a scholarship to be part of the Scientific Initiation Program (PIBIC) to research the use of video games in second language acquisition. During her undergraduate years, she was a Brazilian representative in Japan in 2012 during the Kake-Junsei Educational Insitute Summer Ambassador program, which includes several Japanese universities, the Pontifical Catholic University of Paraná and the Federal University of Paraná; and she was also a Canadian English Experience student at Queen's University in Canada, in 2014. At age 16, she volunteered for a State Schools project that offered English for poor children and began teaching English in language courses. After graduation, she began working as a Year 7 English language teacher at an international school in Curitiba. In 2018, she completed her specialist degree in Bilingual Education, in which she researched Digital Literacy and video games in interdisciplinary contexts.