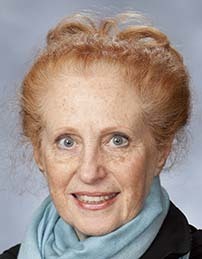 Professor of French, Acting Director of the Medieval Institute

Maureen Boulton is professor of French at the University of Notre Dame who studies medieval French literature, particularly the relation between narrative and lyric poetry and also religious literature. She has edited two fourteenth-century texts, the Old French Evangile de l’Enfance (1984) and a related text in Anglo-Norman, the Enfaunces de Jesu Crist (1986). Her third book, The Song in the Story, a study of lyric quotations in 13th- and 14th-century romances, was published in 1993. She collaborated with Ruth J. Dean on Anglo-Norman Literature. A Guide to Texts and Manuscripts, which was awarded the Prix Chavée by the Académie des Inscriptions et Belles Lettres (Paris). She has published numerous articles in journals such as Le Moyen Français, Scriptorium, Romania, Romance Languages Annual. A volume of translations, Piety and Persecution in the French Texts of England appeared in mid-2013. Her most recent book, Sacred Fictions of Medieval France. Narrative Theology in the Lives of Christ and the Virgin, 1150-1500, appeared last year in Boydell & Brewer’s Gallica series. Her current research focuses on religious and devotional literature at the courts of fifteenth-century France.