On April 4, 2016, Italian Studies at Notre Dame invited Italian students, scholars and enthusiasts to share a unique experience: an evening of live performances of songs made famous by the iconic Italian singer Mina.

Performances of the songs were interspersed with recollections and reflections on Mina's influence by members of the Italian program, including Alessia Blad, Giovanna Lenzi-Sandusky, Vittorio Montemaggi, Leonardo Francalanci, Lorenzo Dell'Oso and Valentina Geri, with help from Italians and Mina enthusiasts in the Notre Dame community, including Luigi Crema (visiting fellow at the Kellogg Institute).

All 250 of the Italian language students had learned the songs in their classes and in special workshops leading up to the event, so the whole auditorium was singing and celebrating Mina's influence, and her music, together. The Program hopes the concert was the beginning of a long healthy productive tradition. 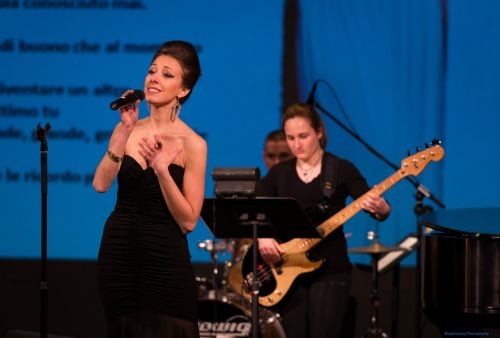 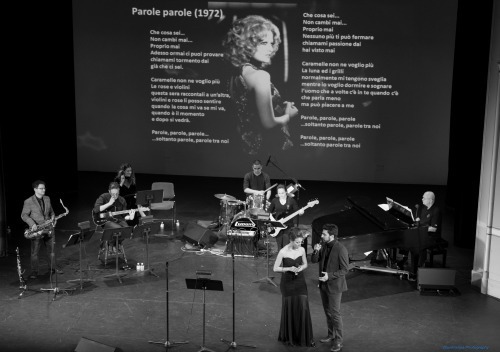 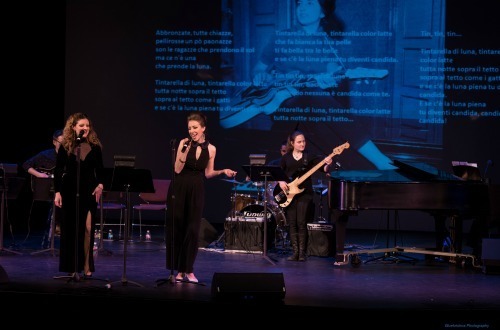 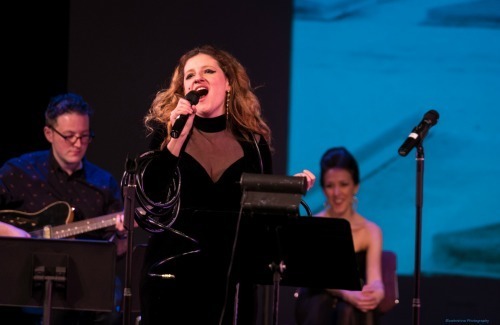 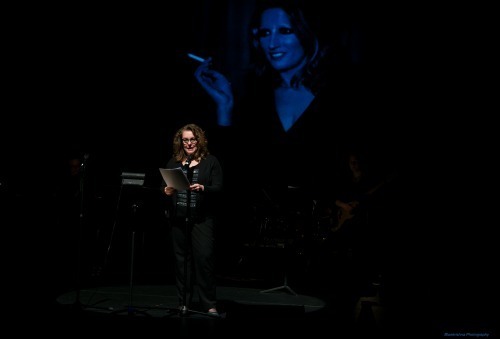 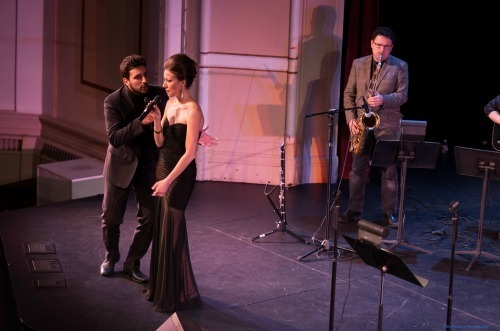