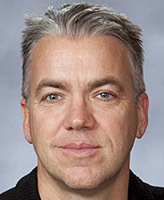 This year’s annual welcome meeting and reception of the Department of Romance Languages and Literatures—my first in my new capacity as chairperson—took place on August 28, the day on which the nation and world celebrated the 50th anniversary of Martin Luther King, Jr.’s delivery of his famous “I Have a Dream” speech.

I thought it would be appropriate, therefore, to pay homage to King in the traditional opening reflection to by reading a passage from that speech, which countless recent newspaper headlines, Internet blogs, radio talk shows and TV specials have rightfully touted as one of the most significant in U.S. history.

While looking for the “I Have a Dream” text among a stack of King’s speeches that I had collected for a current project on Cuban poets and the U.S. Civil Rights Movement, it occurred to me that an earlier and less familiar King speech might be more appropriate for the occasion.

In “Facing the Challenge of a New Age,” which the young pastor delivered in December 1956 during the final days of the Montgomery Bus Boycott, King addressed a number of pressing issues—voting rights, nonviolent protest, educational and employment opportunities—faced by U.S. citizens of color during what he called “an exciting age filled with hope.”

The section of the speech that I chose to read to our gathering of more than 70 faculty, staff, and graduate students addresses two challenges that I feel are especially pertinent to all of us as we begin a new academic year, and to me as I embark on my term as chairperson of the Department of Romance Languages and Literatures.

“First,” King insists, “we are challenged to rise above the narrow confines of our individualistic concerns to the broader concerns of all humanity . . . We are all involved in a single process. Whatever affects one directly affects all indirectly.”

I think that in many ways King’s words can serve to inspire us today, and especially in the context of our endeavors in a large and diverse department in a modern, Catholic research university where individuals of different cultural backgrounds, races, genders, and creeds and with myriad academic interests and approaches work together toward the common goal of edifying young minds and spirits.

Much like King’s message of solidarity, collaboration, and geographic proximity, our own University mission statement declares that one of our central aims as members of this community should be “to create a sense of human solidarity and concern for common good that will bear fruit as learning becomes service to justice.”

As I read King’s words aloud, I was struck by the fact that even the world in which we live bears a striking resemblance to the one that the twenty-seven-year-old pastor described over five decades as “a world of geographical togetherness [that] has been brought about, to a great extent, by man’s scientific and technological genius.”

Indeed, in a era of laptops, smart phones, tablets, email, FaceTime, Skype, texting, and tweeting we are, in a sense, living and working closer together than ever. But at the same time we risk drifting apart as face-to-face interaction increasingly gives way to these other, “more convenient” forms of communication. Again, King’s words in his 1956 speech are prophetic, as he reminded his audience that in a new world in which “scientific genius has been able to dwarf distance and place time in chains” it is more important than ever to realize that none of us is an island, and that we are all part of a common, human enterprise.

The second challenge that King outlines in his 1956 speech “is that of achieving excellency in our various fields of endeavor,” which, he insists, can only happen if one “set[s] out to do a good job . . . and to do it so well that nobody could do it better.” Though King was speaking of a particular challenge faced by Americans of color who “in a new age [would] be forced to compete with peoples of all races and nationalities,” I think his words ring true in many historical, geographical, and temporal contexts and can most certainly serve as inspiration to all of us as we begin a new academic year.

Dare we even imagine how the University’s rankings would soar off the charts if we all did our jobs—as King urged his followers to do— “like Michaelangelo painted pictures, like Shakespeare wrote poetry, like Beethoven composed music”?

In closing, I would like to take this opportunity to welcome everyone back to campus and to wish you all the best of luck in the new academic year. In these exciting times for the Department and the University, I hope we can strive to work together in a spirit of collaboration and with a sense of being bound together by common concerns and endeavors that affect and therefore unite all of us.  And by all means, let’s keep raising the bar and continue to build on the many recent accomplishments and successes of the Department of Romance Languages and Literatures by doing our jobs so well that that nobody could do them better!