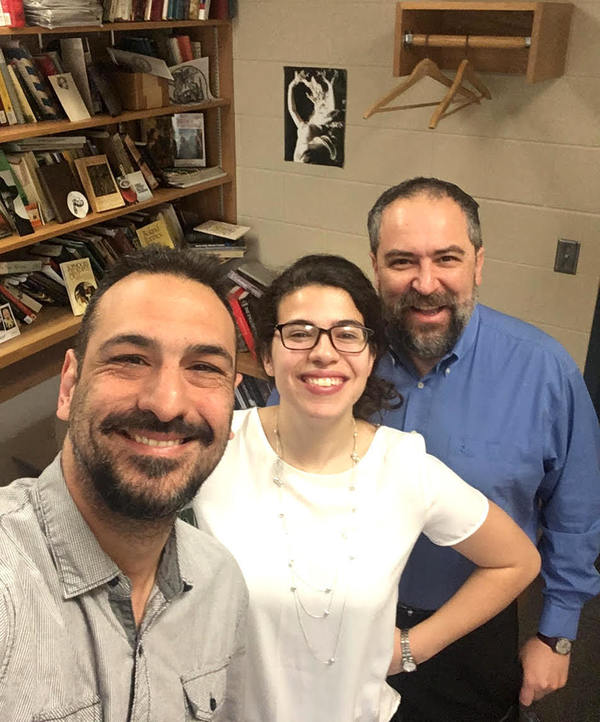 Under the direction of professor Carlos A. Jáuregui and with Professor Juan Vitulli as her reader, Amelia Lindstrom defended her undergraduate thesis “The Gospel of Emiliano Zapata: Corridos and the Christian Emplotment of the Revolutionary Hero” (May 1, 2018).  Amelia was recently admitted in our BA/MA Spanish program (entering in Fall 2019). Next year she will live, research, and teach in Mexico, thanks to a J. William Fulbright Foreign Scholarship award (received on April 23, 2018). She is also preparing an article, based on her thesis, for the 100th anniversary of Emiliano Zapata’s assassination, on a series of non-hegemonic cultural representations of him. The story of Zapata has been told by historians, artists, novelists, and poets, and it is part of popular stories and legends. Zapata is many: the one narrated by his comrades, but also Marlon Brando in Elia Kazan’s classic Viva Zapata!, the official, monumental Zapata of the Mexican state, and the redemptive Zapata of the insurgent Zapatista Army of National Liberation. At the intersection of Latin American cultural and literary studies, anthropology, theology and cultural history, Amelia’s thesis studies a series of Mexican corridos about the figure of Zapata. In particular, she is interested in the Zapata who is sung about in corridos from and since the revolutionary era: a messianic figure who sacrificed himself for a cause and is resurrected in later social revolutions. The thesis analyzes texts that were written in different time periods and sociopolitical circumstances and shows that Zapata’s story, as told in these songs, is informed by the Gospels: it is the story of a Christlike figure who, as a little boy, amazes the elders with his wisdom, seeks the redemption of his people, gathers his revolutionary disciples, is betrayed and sacrifices himself, and is resurrected and in many respects still lives. Seen as one corpus, the corridos constitute an “evangelio” of political redemption informed by the life of Christ as narrated in the Gospels