This past October 2016 was the opening of the traveling exhibit of Art in Motion: Guayasamin's Ecuador Unframed in Geneva, Switzerland.  Carlos A. Jáuregui, Associate Professor of Latin American Literature and Anthropology and Tatiana Botero, Associate Teaching Professor of Spanish, traveled to participate in the opening exhibit and its accompanying conference and teacher workshop planned and organized by Valeria Wagner, Dolores Phillipps-López and Aline Helg. Sylvie Fournier curated the beautiful, dynamic and modern exhibit. On October 12th –the day before the opining- the University of Geneva and its organizers held a teacher workshop for local teachers as part of their outreach program. 14 teachers participated in the 2-hour workshop led by Tatiana Botero. The following week, 8 of those teachers brought their classes using the materials presented at the workshop. The opening reception was held on October 13thand was attended by more than 80 people with the participation of Juan Falconi Puig, embassador to OMC and Ester Cuestas Santana, Vice-Minister of Foreigh Relations who traveled from Quito, Ecuador. The last day of the 3-day opening of the exhibit was a daylong academic conference "Cultura, historia y literatura en torno a la obra de Oswaldo Guayasamin" where professor Jáuregui presented a paper on "Humanismo, pastoreo estético y monstruos en Huacayñan". ​The conference was attended by many scholars and students from the area. After Geneva the exhibit traveled to Zurich, Switzerland. 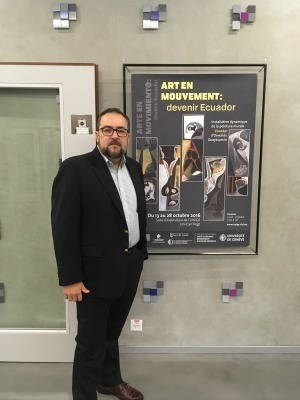 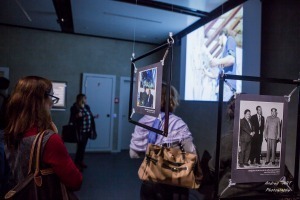 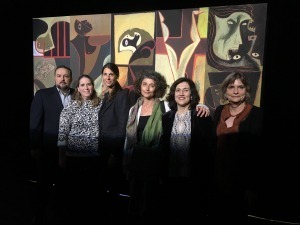