As part of the MLK Series, spend an evening with filmmaker William Caballero as he discusses his experiences as a filmmaker and highlights some of his work. 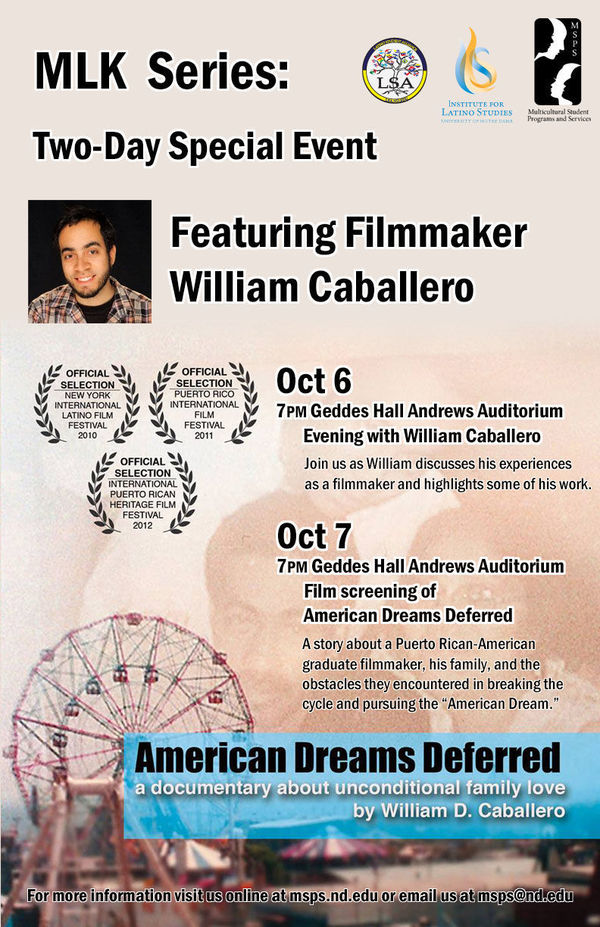 The next day, Oct 7, there will be a screening of American Dreams Deferred, a feature length documentary about the life of Caballero's Puerto Rican-American family who currently live in North Carolina, and his visits to see them from NYC during his last year of college. This film was featured nationally on PBS and at the 2010 New York International Latino Film Festival. The screening will also be held at 7pm in the Geddes Hall Andrews Auditorium.
For additional information:http://www.wilcab.com/