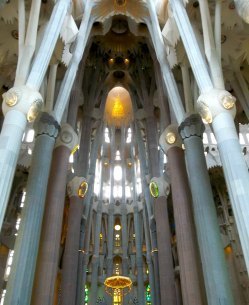 Why major in Spanish?

More people in the world speak Spanish than any other language except Mandarin Chinese.

Spanish is spoken in Spain, Central and South America, Equatorial Guinea, the Sahara, and parts of the United States, the Caribbean, and the Philippines. The cultural wealth and vibrancy of the Spanish-speaking world is increasingly acknowledged for its diversity and unique contribution to civilization.

Of the over 400 million native speakers of Spanish in the world, over 38 million live in the United States. In fact, according to the most recent estimates from the U.S. Census Bureau, the United States is the world's fourth largest “Spanish-speaking” country, with over one person in ten who speaks Spanish as his or her native language.

According to a 2008 Census Bureau report, the nation’s Hispanic population increased by 1.4 million between 2000 and 2007 alone, making Latinos the nation’s largest “minority” community with an increasing cultural, political and economic presence. Census Bureau estimates indicate that one in every seven people in the U.S. identify themselves as Hispanic or Latino, and that by 2050, Hispanics will likely constitute 30 percent of the nation’s total population.

The study of Spanish-speaking cultures helps students better understand the historical and cultural contexts that form part of today's world.