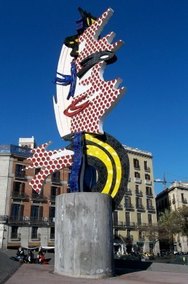 The boardwalk in Barcelona, Spain

Spanish is spoken in Spain, Central and South America, Equatorial Guinea, the Sahara, and parts of the United States, the Caribbean, and the Philippines. The cultural wealth and vibrancy of the Spanish-speaking world is increasingly acknowledged for its diversity and unique contribution to civilization.

Portuguese is the world’s second most spoken Romance Language, with approximately 210 million speakers in Europe, South America, Africa, and Asia. It is the official language of Portugal and Brazil, the most populous country in Latin America with the tenth-largest economy in the world.

Quechua is an indigenous language spoken by some 10 million people, principally in Peru and portions of Bolivia, and Ecuador. Students may combine their classwork at Notre Dame with summer study in Cuzco, Peru, through the Kellogg Institute or summer service projects. The Department offers beginning, intermediate, and independent study courses in Quechua as well as regularly offered courses in Andean culture offered in Spanish.

Catalan is spoken today by a community of more than 9 million people across four European countries –Spain, France, Italy and the small Pyrenean state of Andorra–, and has a significant presence in the everyday life of internationally-renowned cities such as Barcelona or Valencia. Catalan culture has a unique personality that is well reflected by its rich history, as well as by its vibrant artistic and literary tradition.

M.A. in Iberian and Latin Studies

The M.A. in Iberian and Latin American Studies provides students with a comprehensive background in the literary and cultural achievements of Spanish-speaking countries. Individual attention, small classes, and a dynamic faculty prepare students for a promising future in teaching, research, or future doctoral work.